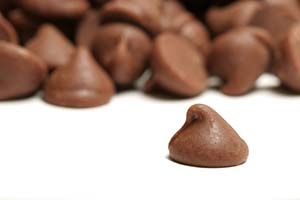 An update on patents, genes, and chocolate chip cookie recipes.

Back in June for National Chocolate Chip Cookie Day (not to be confused with National Chocolate Chip Day which is August 4th) I told you about a case relating baking chocolate chip cookies to patents. (Click here to read the original post.) I promised you an update once the case was decided and I’m pleased to announce that I have it. But first. . . . 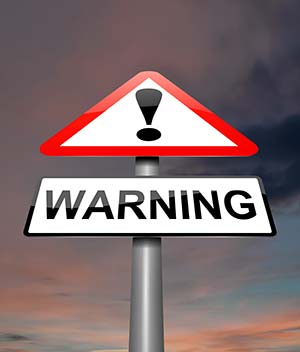 It is a rare thing to find a cookie recipe so good that it has a legal disclaimer on it, but there it is. These are for fabulous Chocolate Chip Potato Chip cookies! If you choose to ignore the warning you can click here to get the recipe. I wanted to share this because National Chocolate Chip Day is also the anniversary of the birth of the first potato flake, which happened in 1958. 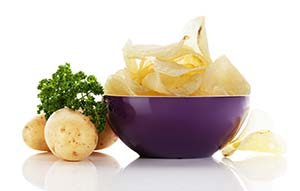 Why did we think we needed flaky potatoes? In the years following World War II, more and more consumers wanted convenience foods. Dehydrating potatoes for later use is a process entailing an overnight freezing and thawing cycle plus low humidity. The ice crystals that formed forced openings in the cell tissue allowing for liquid to escape.” Dehydrated potatoes can be the basis for instant mashed potatoes, gnocchi, and of course, potato chips.

Now Watch How I Put It All Together

The case I referenced at the top of the page was Association for Molecular Pathology et al. v. Myriad Genetics et al. Justice Sonia Sotomayor discussed baking chocolate chip cookies in the context of this case about whether Myriad Genetics could have valid patents on certain human genes.

Myriad had unraveled the 20,000 human genes in a molecule to isolate the BRCA1 and BRCA2 genes, the same genes that Angelina Jolie went public about regarding her steps to prevent breast cancer. Myriad had patents on these genes, which show a significantly higher chance of developing breast or ovarian cancers. Isolating these genes lead to genetic tests, drugs, vaccines, and genetically modified crops. Myriad already has patents many of these related items. 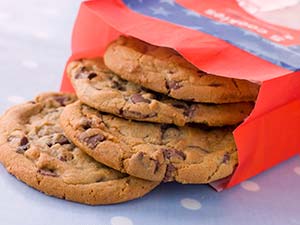 Justice Sotomayor made an analogy to baking chocolate chip cookies: “I can bake a chocolate chip cookie using natural ingredients: salt, flour, eggs, butter,” she said. “And if I [combine] those in some new way, I can get a patent on that. But I can’t imagine getting a patent simply on the basic items.” She directed her question to Myriad’s attorney: “So I put salt and flour, and that’s different? Now you can get a patent on the flour?”

Similar to Justice Sotomayor’s analogy, the potato and the potato flake are like the Myriad case. The potato itself is a product of nature—thus, no one can patent the potato. However, the process of making dehydrated potato flakes could be patented.

So how did the Supreme Court rule?

The Supreme Court ruled a naturally occurring DNA segment (BRCA1 and BRCA2 genes) is a product of nature and is not eligible for a patent just because Myriad isolated these genes. The Court also ruled manmade cDNA is patent eligible because it is not naturally occurring.

What This Means To Consumers

The real result of the Supreme Court’s ruling is a happy one for the ordinary American. Myriad charged about $4000 for testing on the two genes. Because Myriad had a patent (which, in this situation, basically worked like a monopoly, prohibiting other companies from testing for these genes), women had no choice but to pay the $4000 or forgo the testing. With this Court ruling, there now will be market competition to develop other less expensive tests for the gene. It’s anticipated tests can actually be administered at about $1000 now and a patient have all 20,000 of her genes sequenced. And, women with less economic power now have a better chance to conquer, and even avoid, breast cancer.