Social Purpose Corporations: A Recipe for a New Type of American Corporation 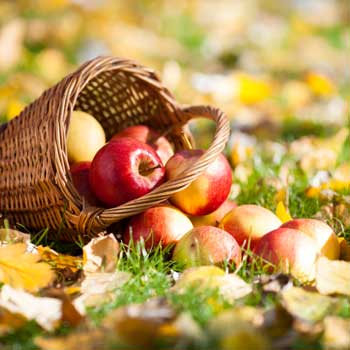 Wouldn’t it be nice if corporations could be as versatile as apples?  Now they can. 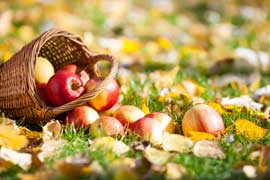 The rainy days of autumn signal the end of another sweltering Texas summer.  As the air turns crisp and the temperature drops, my love of crisp fall apples starts to rise.  I’m not the only one.  The phrase “as American as apple pie” is more than a saying.  As eloquently said by Russ Parsons in “How to Pick A Peach,”

“Americans have always been proprietary about apples.  More than any other fruit they serve as an icon of many of the characteristics we hold most dear: hardiness, pioneering spirit and just plain goodness.” 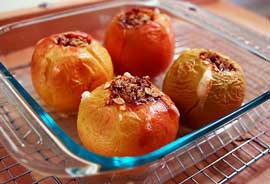 While not as eloquent, but with just as much enthusiasm, I describe apples as “just plain goodness.”  This is especially true when I’m talking about one of my favorite comfort foods: a baked apple, cored, stuffed with a little brown sugar, cinnamon, nutmeg and a dab of butter.  When it’s chilly and damp outside, there is something so homey and cheery in the smell of baked apples and cinnamon wafting out of a warm oven.  (No wonder realtors advise sellers to infuse the scents of apples and cinnamon in their kitchen before a showing.) When baked apples emerged from the oven in our house on a recent rainy Sunday afternoon, we actually gave them a gleeful little round of happy applause as if they were actors taking a curtain call on a Broadway stage.

Even though they taste decadent, sweet and warm (especially if you add a scoop of vanilla ice cream), baked apples are one of the healthiest desserts or snacks ever.  Unlike many other fruits, they retain their healthy nutrients when they’re baked.  Have your baked apples alongside some ham, roast turkey, or grilled pork chops, and you truly have the best of both worlds.

Similar to baked apples straddling the line between dessert and healthy eating, our Texas legislature recently created a corporation that straddles the worlds of for-profit and non-profit to create a “best of both worlds” business entity. 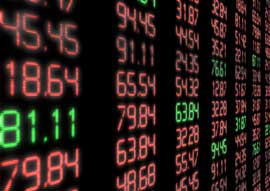 That was then, this is now

In recent years, there’s been a growing trend towards “social entrepreneurship,” which generally refers to an entity which uses entrepreneurial principles to affect change in a particular social purpose or cause. However, within the current legal framework in Texas, officers and directors of for-profit corporations would potentially violate the duty they owe to shareholders to maximize shareholder profit if they were to pursue business decisions based solely on a social purpose.  You can read more about this in my post on fiduciary duties.

Effective September 1, 2013, the Texas Business Organizations Code authorized a for-profit corporation to include a “social purpose” in its certificate of formation.  A social purpose can include providing low-income or underserved individuals or communities with beneficial products or services, promoting economic opportunity for individuals or communities beyond the creation of jobs in the normal course of business, preserving the environment, and increasing the flow of capital to entities with a social purpose.  The new law explicitly authorizes directors and officers of a for-profit corporation to consider the stated social purpose when making decisions relating to the corporation’s business, and shields directors and officers from liability from shareholder suits when making a decision based on the stated social purpose.

Like a baked apple, a corporation with a social purpose may be a symbol of small business “hardiness, pioneering spirit and just plain goodness.”

These types of entities have some properties of a for-profit but also maintain a non-profit like motivation.  Those who wish to be socially conscious but do not wish to maintain the requirements of a non-profit may find this is the right way to go!

Want to know more?  Sign up for my free video presentation “Should I Start a Non-Profit?” on November 20, 2013 by contacting Dodge Legal.