Why Starting an LLC is Like Throwing a BBQ 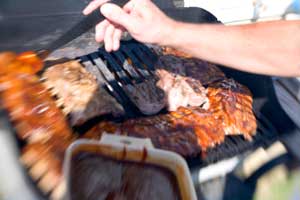 A Rose Is a Rose By Any Other Name. That’s Not The Case With BBQ and LLCs

You know it’s truly spring (despite the past few intermittent bursts of winter) when you step outside and get that mouthwatering aroma of grills and smokers getting back to work doing what they do best – BBQ. No wonder I have BBQ on the brain these days. Maybe that’s why I mentioned the Kalua Pig (which someone pointed out is like a Hawaiian style BBQ as the pig is steamed in an “imu” or pit and shredded) in my last post.

At least I’m not alone in my obsession. The Texas BBQ Posse, on its mission to sample as much BBQ as possible since 2009, just finished its Austin BBQ tour, covering 400 miles of BBQ from Dallas to Austin in 13 hours. May is also National BBQ Month, and, in honor of the celebration, I thought this post should be about how Limited Liability Companies (LLCs) are like BBQ.

Aside From Both Having Three Letters In Their Names, Why Is An LLC Like BBQ?

Just as each state has its own version of what BBQ means, each state has its own version of what LLC means. Let me explain:
In Texas, BBQ means brisket, pork ribs, sausage and smoked turkey with pickles and onions. In Tennessee, Memphis style BBQ can be “wet” with sauce or “dry” with a spiced rub. Either way is altogether different from Texas style BBQ. Californians, influenced by Mexico, serve a tri-tip beef with pico de gallo and tortillas as their BBQ. Hawaiians might consider BBQ to be Kalua pig or Chinese spare ribs. When I was visiting the East Coast, my gleeful excitement to be invited to a BBQ quickly deflated when I realized what my Connecticut hosts called a BBQ was just a cookout with veggie and turkey burgers.

The point is that we all call it BBQ, but it has a different meaning in each state. Setting up, and running, an LLC has this same sort of variation as you travel from state to state. If you’ve ever run an Internet search on LLCs and ended up cross-eyed by conflicting information, you were probably getting results from different states. In other words – you wanted brisket, but got the recipe for a veggie burger.

Why Is It So Different? 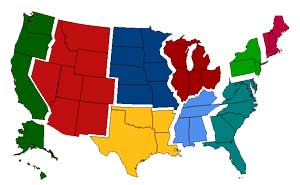 LLCs are created by state law. So every state has its own version of what is means to be an LLC. Even though we all call it an “LLC” it can have a different legal meaning in each state. For instance, while most state statutes provide a default rule as to the fiduciary obligations of LLC members and managers, Delaware’s statute is silent, giving rise to numerous conflicting opinions as to what duties, if any, exist in the absence of a standard agreement (which is why you might consider following my Start Up Checklist reminding you to have Company Regulations for your LLC). Additionally, a few states as well provide for a “series LLC” an internal segregation of assets and liabilities. LLCs differ by state.

And It Continues To Change 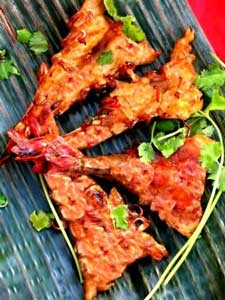 In this smoked meat renaissance, BBQ has changed with the advent of fusion foods, as well as a throwback to the traditional ways of wood-fired pits. The LLC has changed too:

On May 2, 2013, the Texas Governor signed a new law which will go into effect September 1, 2013, regarding the Series LLC. While the Series LLC operate as independent divisions within the LLC, shielded from liability by the LLC itself (see my prior posts for detailed discussion), the new law amends the Texas Business Organizations Code to clarify those issues and state that a series is not an independent entity but has the ability to acquire and sell assets and exercise all of the powers and privileges as necessary to conduct its business purpose. It also clarifies the rights of third parties not involved in the written agreements of the LLC. The new law also confirms the owners of partnerships and LLCs possess contractual freedom to eliminate or limit the liability of the entity’s governing individuals.

Want to know more? Come to our free presentation “Understanding the Texas Series LLC” on June 18, 2013. Contact me for more information.
Now let’s go fire up the grill!