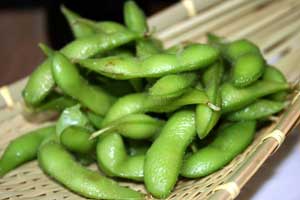 After having indulged in all the heavy BBQ from spring cookouts and thinking of the looming hot weather approaching, I’m craving something light – a little sushi with edamame. If you’re not familiar with it, edamame is a side dish of steamed or boiled soy beans sprinkled with some sea salt. Edamame has become more popular in western culture in recently, but it’s actually been around for over 700 years. Apparently, the oldest reference to edamame is in 1275, when the well-known Japanese monk, Nichiren, wrote a note thanking a parishioner for the gift of “edamame.”

When Nichiren was enjoying his edamame back in the 13th century, he probably couldn’t have predicted the legal rankling over genetically engineered soy bean seeds happening today. In May, the U.S. Supreme Court made a key ruling just in time for this June’s U.S. planting season.

An Indiana farmer, Vernon Hugh Bowman, bought and planted unlabeled soy bean seeds from a local dealer, which were grown from previously purchased Monsanto’s special seeds. Monsanto argued that Bowman violated its intellectual property rights when he refused to pay royalties on the unlabeled soybeans that contained genes patented by the company.

Among other things, Bowman argued the “Blame the Bean Defense”—that he merely purchased “commodity beans” from a local granary. He later sprayed the Roundup on his crop and, when the seeds thrived, he deducted the anonymous seeds might contain Monsanto’s genes. Bowman argued that he didn’t make the seeds himself (the seeds replicated themselves) so he was not at fault for violating the patent.

Our U.S. Supreme Court didn’t buy the Blame the Bean Defense and held that Bowman was responsible for paying royalties for this “self-replicating” product.

The Lesson Here Isn’t What You Think 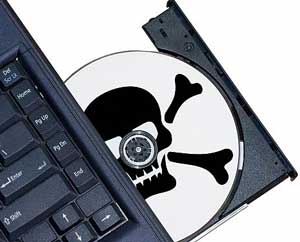 While you may assume the lesson in this case would relate to patent law, the real lesson is one you’ve probably heard many times: “caveat emptor,” which is Latin for “Let the buyer beware.”

This idea normally applies when you, as the customer, got a product or service that is defective—you purchased the product or service “as is.” But as a business owner, you need to think of it in a much larger context because the implications can be bigger.

Educate yourself when it comes to purchasing products for your business. Getting cheap software online from a less than reputable source isn’t very cheap when you call tech support and find out it’s been pirated. At the least you would be out the cost of the software, but you could also face fines for buying it.

It’s always a smart idea to keep an eye on your bottom line and cut costs where you can, but if you do it at the expense of another company it could end up costing you a lot more than if you paid full price. Remember, if the price seems too good to be true – it probably is.

Want to educate yourself further? Come to one of our free classes. Contact Us for more information.