Stay Away From Popcorn at the Movies? Resistance Is Futile! 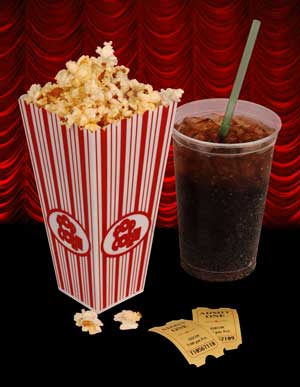 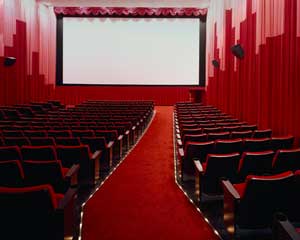 One of the great year-round pass times in America is going to the movies. Even though we have the option to wait just a few short months to watch them at home, there are some films that we either can’t wait for or (in the age of 3-D blockbusters) must be seen in at theater to get the full experience.

Another must in the movie theater is the popcorn. No matter what your taste in movies, most of us find the smell of movie-theater popcorn you inhale as walk in the door irresistible. Whether it’s a bag or a barrel, it just doesn’t seem like a night at the movies without the way-too-buttery, salty popcorn with the crunchy partially popped kernels at the bottom.

A few years ago this movie lover’s best friend caused some trouble for both the theater and the movie-goer.

In 2007, Steve Kaplan went to see “Superbad” at an AMC theater. As in the great gastronomic/cinematic tradition, he bought a bag of freshly popped popcorn. When he was about a third to halfway through the bag, he bit into an unpopped or partially popped kernel. Approximately 20 minutes later he left the theater because his tooth hurt (and, he also testified, because “Superbad” was a “terrible” movie).

Steve had fractured his tooth and he sued AMC for payment of his $1250 dentist bill. While popcorn and its co-star, slippery butter, have had a starring role in many slip and fall law suits, it seemed like Steve’s case was the first to answer the liability question of whether a movie theater can be liable for negligence when a customer breaks a tooth on an unpopped kernel.

It really boils down to whether a consumer has a reasonable expectation that his/her food would be free of the injury-causing object.

Courts have found that customers have the right to recover for dental damage for objects imbedded in food, i.e., a walnut shell in a “nutted cheese” sandwich or a piece of glass in a roll or a metal game tag in baked brook trout. In these situations, the consumers could not have reasonably anticipated finding the foreign object in their food so the courts recognized their injuries as recoverable.

The question then follows: Does this analysis apply equally to a bag of popcorn? In other words, do moviegoers have the right to expect a perfect bag of popcorn, free from unpopped kernels, or should they reasonably expect to encounter them when consuming the product?

You can probably guess the ending: the Judge dismissed the case, finding Steve’s expectation of a perfect bag of popcorn was not reasonable and offered future potential litigants the following advice:

“So what is the popcorn-craving moviegoer to do to guard against dental damage, short of bringing a flashlight into the theater to inspect each kernel for possible hazards? One thing may be to resist the urge to devour the bag by the handful in favor of more cautious nibbling by the piece. The other thing may be simply to say no to popcorn, with its tooth-fracturing potential, and settle for something else from the concession stand, like those giant-sized boxes of Raisinets or Milk Duds.”

But then again, aren’t Milk Duds known to pull out your fillings?