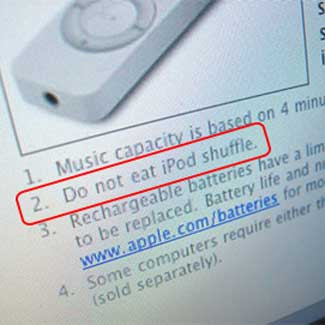 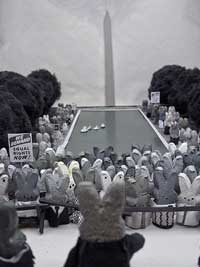 The finalists and winners of the 2014 Peeps Diorama contest were announced last week. This year’s winner commemorates the 50th anniversary of Martin Luther King’s iconic I Have a Dream speech. According to the judges, the greyscale entry recreating the black and white photographs taken at the event was incredibly eye-catching. It stood out in dramatic contrast against the sea of yellow, pink, and purple entries. Click here to see all the finalists from this year’s competition.

In honor of the annual contest I thought it would be good to revisit the post on Peeps and product safety. After all, you can never be reminded too many times about the danger of eating your iPod.

Why You Can’t Sue Apple If You Eat Your Ipod

Not too long ago someone mentioned that my recent post “Where were you the day Twinkies died?” was just one of the many plays on Twinkies death and rebirth. One of the most notable is Twinkie: Rest in Peeps, the winning entry in the Washington Post annual Peeps diorama contest. It featured the funeral of the Twinkie in a coffin with bunny and chick mourners in the pews and depicted on the “stained glass” windows of the church. Although Peep dioramas are good any time of the year, I love Halloween themed Peep dioramas. One of my favorites is the 2012 entry complete with Peeps dressing up for Halloween as the Flintstones, Batman, and Borat, a movie character known for his “mankini” or skimpy swimsuit as featured in the GWU magazine. 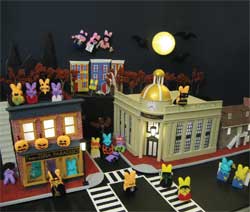 Apparently, Borat was a “challenge” as it is hard to paint chest hair on a Peep. This year is the 60th anniversary of Peeps, and while I’m sure a lot went into the research and development of the product, I doubt being “chest hair paintable” was a major concern when they were shaping the marshmallow chicks and bunnies.

Just Born, the company that makes Peeps, claims to manufacture enough Peeps to circle the Earth twice EVERY year. You’d think we’d all be in a sugar coma from all those marshmallows, but it’s a little known fact that one-third of all Peeps are not actually eaten. When Peeps were created, no one intended Peeps dioramas would become part of our pop culture.

I did a quick check to see if anyone has ever sued Just Born over a Peeps diorama, since that’s not really their intended use. Surprisingly enough, nobody ever has. But it made me think of product liability cases and what happens when a consumer uses the product in an unintended way.

What is product liability?

Product liability is the area of the law dealing with claims of personal injury, property damage or economic harm arising from the design, manufacture, distribution or sale of a product. These types of claims are generally prosecuted under at least one of three theories:

Note that these are very basic definitions; the actual theories are much more detailed and complex.

Product Misuse is a Defense 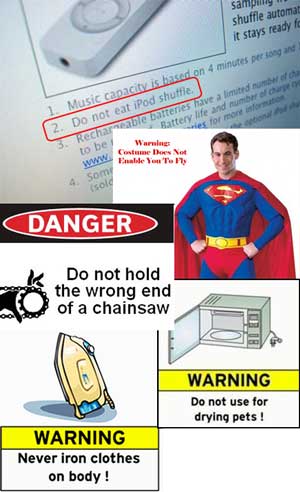 On the other hand, a product manufacturer has a defense of product misuse. Product misuse means the product was used in a way that was not intended, reasonably anticipated or expected by the seller, or not reasonably foreseeable to the seller. Product misuse can occur where a consumer fails to follow directions or uses the product in contravention of a legally sufficient warning like the instructions and warnings on the label. A good example is you can’t make a case against Apple for indigestion if you ignore the warning label “Do not eat iPod shuffle.”

Honestly, that warning makes me think twice that it would be “reasonably foreseeable” that Apple customers would try to eat their iPods—really? Just FYI, warning labels are not a requirement for an obvious misuse of the product.

Want to know more? Learn how to protect your company by contacting Me for more information.