Naming Your Business: What the Fluff Should You Call It? 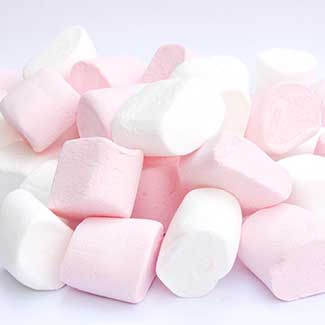 Bet You Didn’t Know Fluffernutter Had Such a Rich History 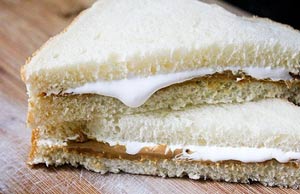 National Fluffernutter Day was October 8th. Given my recent delightful experience with sage flavored marshmallows in butternut squash soup, I thought I would give it a nod this year. Much like Fluffernutter, my soup was an odd combination that worked well. 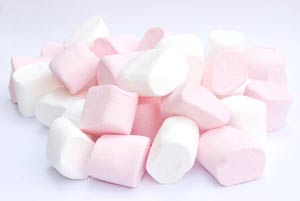 Before it was Fluffernutter, the marshmallow cream part came from ancient Egyptians’ use of the Marsh-Mallow plant (althea officinalis). They mixed marsh mallow juice with honey to make a special candy reserved for the pharaohs and the gods. Later, 19th century Parisian pharmacists made marshmallow candy as a medicine for sore throats. In the 20th century, it was called Marshmallow Fluff, Marshmallow Whip, Snowflake Marshmallow Cream, marshmallow crème, and Toot Sweet Marshmallow Fluff before the ultimate combination of what is now known as Fluffernutter. A festival celebrating this food has been named “What the Fluff?”

Fluffernutter also happens to be one of the many nicknames for our family dog Juneau Dodge. As a Siberian Husky, Golden Retriever mix, he was very creamy colored like lightly toasted marshmallows when we first picked him up at the SPCA, but now he is much more golden like peanut butter. Like most dogs, he loves peanut butter too, although he has been known to also have non-discriminatory tastes as he eats rocks and metal appliance parts that happen to fall on the kitchen floor. To my chagrin (and many vacuums later), we have discovered Juneau is also very fluffy. 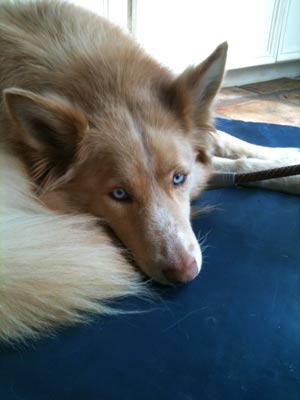 Juneau is a male dog, not to be confused with “Juno,” the movie and name of its pregnant protagonist. Juneau is also known at his boarding place as “Pretty Golden Boy” or “my Boyfriend.” He is known in French as “Le Poops,” Italian as “Pooperrini Muttzarella,” and Old English as “Sir Poops-A-Lot.” These European names work best if you can fake the appropriate accent. His hip hop/street name is “JDog”, which is very convenient for texting purposes, such as reminding your teenager, “Did you feed JDog?”

What’s in a name? Everything – if you want it to work for your business.

The point in all of this is one product (or one company or one dog) can have many names. All of them can be good, although some are admittedly better than others. Oftentimes, I have clients who are stuck on picking the name of their companies so I have a few tips to help narrow down the selection process:

It’s always going to be easy for you to remember your business name, but more importantly it’s vital for your customers to remember it. For instance, you believe that you’ll never forget “Pooperrini Muttzarella” so, in honor of your 4-legged family member, you use it as your business name for selling widgets. It works for you, but your customers are going to have a hard time remembering the dog’s name when they think of widgets.

Your business name should also be easy to spell. “Pooperrini Muttzarella” is not an easy name to spell, especially if you register it as your domain name. A customer could potentially forget an “r’” or switch an “e” for an “i” and you’ve lost a potential sale and customer. (A prime example is in this e-mail. Most people think it’s “marshmellow,” but it’s really spelled “marshmallow.”)

Your business name should not infringe on the trademark rights of others. For instance, what if I was using “Pooperrini” to sell dog treats (not the most appealing choice, but just stay with the idea for a minute), I might be infringing on “Pupperroni” dog treats, because it might be considered deceptively similar and confuse the public between the two products. Click Here to read my post for more on the definition of a trademark.

Before you decide on a business name, you should conduct a search for similar names/product names, especially if you intend to register your name as a trademark. Good places to start are free or minimum fee searches: