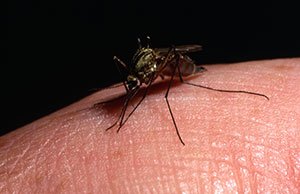 Yup, you read that right. It’s not a typo: $752,000 for a mosquito bite. You’ve heard of the goose that laid the golden egg. Well this was the mosquito with the golden bite. An employee who worked for Union Pacific Railroad Company for 30 years sued, claiming a mosquito bite was a workplace injury. The jury agreed and found Union Pacific responsible for an unsafe work environment. It’s enough to make you, as an entrepreneur, stop in your tracks (Sorry, since the employer in this real-life case was a railroad company I couldn’t resist). It makes you think twice about having employees. Employees, however, are a part of being an entrepreneur and starting a business.

Before you start giving out mosquito repellant as an employee benefit, read on to find out exactly how it happened, steps to prevent it from happening to your business, and the biggest lesson of them all.

William Nami worked for Union Pacific Railroad Company and operated a tamper machine, which is a machine that “tamps” down the rail.

In May, 2008, Union Pacific issued an Accident Prevention Bulletin about West Nile Virus; the bulletin was actually introduced into evidence by Nami’s lawyer. Nami testified he hadn’t seen the bulletin and did not know what West Nile Virus was or that it was transmitted through mosquito bites. Nami explained that he thought the worst thing that could happen with a mosquito bite was “maybe a little sting, maybe a little scratch.”

Nami worked outside but he didn’t use bug spray, nor did he wear long sleeved shirts to work. He testified that Union Pacific was supposed to provide bug spray, but did not. 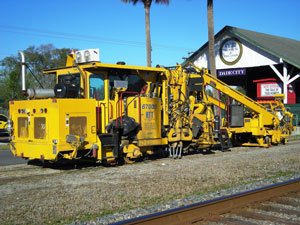 As the operator of the tamper machine, Nami performed his job sitting in the machine’s cab which had an old door that didn’t shut properly. This meant the cab wasn’t sealed from the outdoors and mosquitos were allowed to get inside. In addition to the mosquitos that Nami said swarmed him when he got inside the cab; he also told the jury that he had to walk through high weeds to get to his tamper machine. An expert epidemiologist in mosquito-born diseases testified that mosquitoes carrying West Nile Virus lived in dark damp environments like high grass and weeds. Nami testified Union Pacific never mowed the tall grass and weeds around the work site.

The Bite That Took a Chunk Out of the Bank Account

In October 2008, Nami was diagnosed with West Nile Virus and sued Union Pacific for his workplace injury. The law applicable to Union Pacific Railroad did not require Union Pacific to ensure Nami’s safety. “Nor is the defendant required by this law to anticipate or imagine every possible circumstance. Railroad work involves a certain degree of danger and it is not possible for the defendant to eliminate all potential sources of danger or injury.”

Union Pacific asked the court to disregard the jury’s findings based on two theories:

#1: Union Pacific argued the doctrine of ferae naturae, which means landowners should not be liable for the acts of indigenous, wild animals—the mosquitoes–on their property.

#2: Union Pacific argued that it had no duty to warn an employee of commonly-known or common sense hazards like West Nile Virus.

The courts denied both arguments.

What could Union Pacific have done differently to avoid suit?

Hindsight is always 20/20, but here are some lessons you can learn from this costly mosquito bite:

BUT THE ANSWER IS THERE WAS PROBABLY NOTHING UNION PACIFIC COULD HAVE DONE TO AVOID THE LAW SUIT. 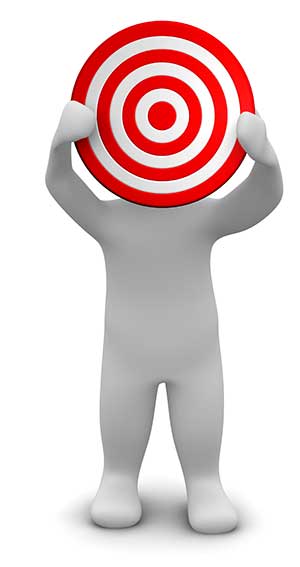 Nami was probably going to sue even if Union Pacific had done all of the above. Sometimes, people sue you, because they believe your business is a source of money to them. And, no, it’s not fair. It happens. And, it doesn’t means you just pack up your shop and go home. You keep going.

Take action to reasonably protect your business and your employees, but don’t let fear drive your conduct. We can’t possibly predict every scenario to avoid liability; this case is an extreme example to prove the point. Don’t let it stop you from being an entrepreneur.

Do you have something that’s keeping you up at night worried? Tired of ignoring it?
When I work with a client to “nip a problem in the bud,” we often prevent a worry from becoming a problem. Don’t wait until it gets more serious. Talk to me. Click here to schedule a free consultation.