Some Things Don’t Mix – Like Food Courts and Diamonds 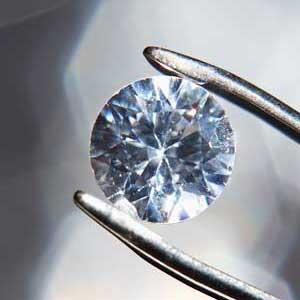 One man should have stayed away from Belgium and gotten his waffles at IHOP instead.

If you didn’t get your fill of the 4th of July, you have another chance: July 21 is Independence Day for Belgium. It started back in 1831 when “a dashing but melancholy 40-year-old widower” became King Léopold I of Belgium. 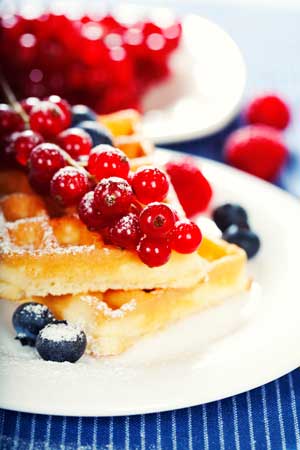 I remember it because Belgium has been declared “A Food Lover’s Dream” by the Belgium Tourism Office. If you’re reading these newsletters regularly you know that a Food Lover’s Dream is right up my alley. Belgium is influenced by the Dutch and the French, which accounts for the wonderful variety of flavors: Belgium waffles, mussels, cheeses, chocolates, and beers. Is anyone else hungry?

The Belgium Food Court Fiasco: It All Started Simply Enough

Rosy Blue, N.V. (“Rosy”) is a Belgium corporation and worldwide seller and distributor of diamonds that has been in business for 50 years. Chad Davis was introduced to Rosy through a mutual acquaintance, Eddie Lane, in March or April of 2006. In April of 2006, Davis traveled with Lane to Belgium and met with Rosy’s Senior Vice President to inquire about purchasing diamonds from Rosy. Lane represented to Rosy that Davis was in the business of selling diamonds and that he had sufficient financial assets and clientele to support his purchase of diamonds from Rosy and re-sale at a profit in the United States. Lane told Rosy’s VP that he had seen Davis, on behalf of his company, Davis & Associates, LLC (“D & A”), purchase $1 million worth of diamonds in one sitting. Rosy agreed to conduct business with the Davis and his LLC based on these representations. Rosy also alleged that Davis agreed to be personally responsible for all amounts due to Rosy on behalf of D & A. Davis denied this allegation.

From April to October, 2006, Davis and his LLC entered into 19 transactions with Rosy, which were memorialized in 19 invoices. During this time, Rosy sold and/or consigned to D & A approximately $6.5 million worth of diamonds which were to be sold and paid for by Davis and D & A, or returned to Rosy. In exchange, D & A promised to make scheduled monthly payments to Rosy, the last of which was due on January 22, 2007.

D & A made its scheduled monthly payments, as promised, through September, 2006. 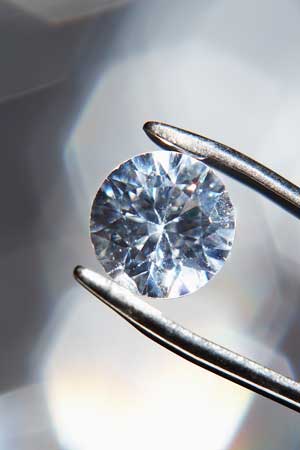 Here’s Where It Gets Interesting, and a Little Suspicious

On November 1, 2006, while shopping at the Florida Mall in Orlando, Davis was carrying a shopping bag containing approximately $2.5 million worth of diamonds, various other pieces of jewelry and $100,000 in cash. (That’s right. A shopping bag. I think I just heard you say, “He did WHAT?!”) While Davis was eating lunch in the food court, he set the bag containing the diamonds on the floor under his table, along with several other shopping bags. After Davis arrived home, he realized that the bag containing the diamonds was not in his car, and he went back to the Florida Mall to look for it. Davis, with the help of Mall Security, was able to recover the bag, but not the diamonds. Davis hired a private investigator to help him find the stolen diamonds. On November 7, 2006, Davis filed a police report with the Orange County Sheriff’s Office regarding this event. Davis later withdrew this police report.

You Can Probably Guess What Happens Next

Rosy alleged that, subsequent to the alleged theft, Davis and D &A neither made the scheduled monthly payments on eleven open invoices, nor returned the diamonds to Rosy. Rosy stated that it made numerous oral and written requests for payment or return of the diamonds, but Davis and his LLC refused to comply. Rosy sued for $4,514,755.12 plus interest.

Rosy sued for breach of contract, alleging Davis should be individually liable under the theory of “piercing the corporate veil.”

Your Remember Our Friend the Corporate Veil, Right?

Like a corporation, a Limited Liability Company (“LLC”) is ordinarily considered a legal person, separate and distinct from its members, officers, and managers. This separation is why you, as a business owner, avoid personal liability. (See our last post on corporate protection.) Your business is held by another “person” aka your LLC so judgments are against your LLC and not you personally.

A court, however, may disregard a corporate identity under a theory called alter ego liability. Alter ego theory (which some call “piercing the corporate veil”) happens when a business owner abuses or “hides behind” his corporate ownership to avoid creditors or commit fraud or another wrongful act.

The court considered “piercing the corporate veil” as a strict standard, where Rosy was required to show the LLC was organized or used to mislead creditors or to perpetrate a fraud upon them. This particular Florida court reviewed three main factors:
(1) the owner dominated and controlled the company to such an extent that the company’s independent existence, was in fact non-existent and the owner was in fact an alter ego;

(2) the “corporate form” must have been used fraudulently or for an improper purpose; and

(3) the fraudulent or improper use of the “corporate form” caused injury to Rosy.
Because this decision was at the summary-judgment stage (where the Judge reviews the evidence as a “trial by paper”), the Judge was not able to resolve the conflicting facts. For instance, Rosy alleged that Davis agreed to be personally responsible for all amounts due to Rosy on behalf of D & A, but Davis denied he made this representation. The Judge found that the facts had to be decided by the jury.

What Do You Think?

What would you have decided if you were on the jury? Does his story seem suspicious to you? Even if you believe the story is fishy, what acts of Davis showed he was improperly using his LLC like a “shell company”? Want to know more? Contact us so you can attend our free presentation “Insider Tips to Protect Your Business” on July 24th where we discuss this case and more. We’ll be discussing how to maintain your corporate (or LLC) status to avoid personal liability.