Is Your Contract Legally Binding? Are You Sure? 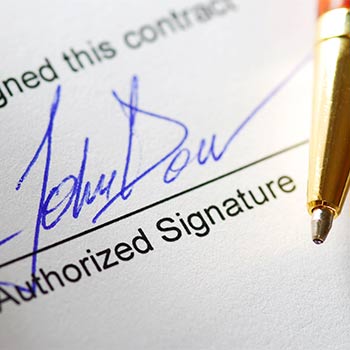 How Monster Energy Company ended up saying, “Doh!” because they thought the word “Dope” was legally binding.

The Beastie Boys had authorized Z-Trip to create the Megamix as a free promotional item for an upcoming Beastie Boys’ album. But Z-Trip did not have the right to sell or license the remix or authorize third-party use. Monster did not get permission from the Beastie Boys or their management to use their music in the video. However, at trial, Monster’s regional marketing director testified that he believed Z-Trip had authorized the use of the Megamix in Monster’s promotional video during an event after party, and in a short e-mail exchange, in which he sent the video to Z-Trip for approval. What was Z-Trip’s response? It was (and I quote): “Dope!”

The Beastie Boys sued Monster for copyright infringement and false endorsement and won a $1.7 million jury verdict against Monster Energy. Yes, Beastie Boys had to fight for their right to [be the right] party to the agreement. Yeah you know I was going to go there.

How It All Started 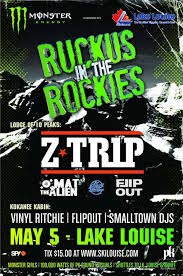 Monster, an energy drink company, organizes and sponsors an annual event called the “Ruckus in the Rockies,” The event consists of a snowboarding competition and an after-party.

On May 5, 2012, coincidentally the day after Yauch, a/k/a MCA of the Beastie Boys, died, Monster held the second annual Ruckus in the Rockies and booked various DJs to perform at the after-party, including Z-Trip. In early 2011, Z-Trip had entered into an agreement with the Beastie Boys to create a remix of some of their songs to promote the group’s then-upcoming album, “Hot Sauce Committee Part II.” Under the agreement, Z-Trip was authorized to offer the remix for free as a promotional item. However, Z-Trip did not have the right to sell or license the remix, or to authorize third-parties to use it. Nor did he obtain any rights to the underlying Beastie Boys songs. Z-Trip posted the remix on his website, where fans could download or stream it for free. The remix was entitled “Beastie Boys All-Access Megamix” (the “Megamix”).

Here’s Where Monster Gets Into Trouble 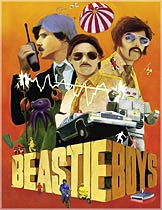 Soon after the 2012 Ruckus, Monster’s regional marketing director, Nelson Phillips, created a video with highlights from the event to promote the Monster Energy brand. For the video’s soundtrack, Phillips used excerpts from Z-Trip’s Megamix of Beastie Boys songs. However, Monster never obtained, or attempted to obtain, permission from the Beastie Boys or their management to use the Beastie Boys’ music in the video.
At trial, Phillips testified that he believed Z-Trip authorized the use of the Megamix in Monster’s promotional video, testifying about the following email exchange:

“Hey Zach,
Please have a look at the video from this past weekend and let me know if you approve. (I think we’ll remove the logo[]s at the end since they’re redundant and the rest will get cleaned up just a little bit more.)
Thanks again for an amazing weekend!!
Once you approve, we’ll post on YouTube and notify our 16M fans on fb [Facebook].
the password is: ruckus
http://vimeo.com/41825355” 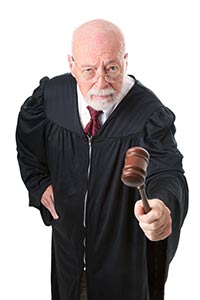 No big surprise: the Judge found that this was not a legally binding agreement for Monster Energy to use the Beastie Boys mix. To quote the judge:

“It would take an heroic effort of explication to derive such a conclusion from their words and informal email exchanges. And to read Phillips’s or Z-Trip’s words to convey a contract to cede Monster such rights would flout common sense. Phillips, a former forestry and ski-industry worker with no evident legal expertise, never raised any such questions with Z-Trip, or reflected any awareness of the copyright interests that Monster would need to acquire or license to bring the promotional Video it contemplated into compliance with copyright law …”

Click here to read more about the case on Spin.com

What Can We Learn From This?

There are so many lessons to be learned here, I’m not sure where to start but maybe, just maybe, someone at Monster Energy should have checked it out with their lawyers before using the promotional video in the first place???

Are you thinking you’ve gotta fight for your rights? Got your own Monster of a problem?  Call our free troubleshooting hotline: Dish with Tish.  Our next call will be on February 12th.   Click Here to Register.

P.S. After two years of litigation and an eight day trial, Beastie Boys continue to fight for their rights. Now they are asking for their attorneys fees because it would be Sabotage (or a hollow victory) without recouping their fees.